Flashback to December 2016. I’m at the Trail Running Film Festival in Brooklyn.  An indie film, the Orcas Island 100, stole my attention away from anything I had watched prior to and after the film that night. The people in the film reminded me of the trail community in Pennsylvania.  A good community of salt of the earth folk. I left that night with a fire in my belly. Upon arriving home I started looking up everything that I could find on the web.  Within a week, I signed up for the Orcas Island Trail Festival.  I had no idea how to get there, how long it would take, where I would stay, or if I would know anyone else running.  The only thing that mattered was that I wanted to experience this race first hand and see how the west coast community, if at all, differed from its eastern counterpart.

Fast forward to May 11th. I flew out for Washington State to embark on my next journey.  Getting there didn’t go as smooth as I had anticipated.  I booked my flight to Seattle, but still didn’t know how to get to Orcas.  It wasn’t until after I watched this episode of GNGRBTS, a webcast put on my Ethan Newberry, that I figured out that I would need to rent a car and get to the Anacortes Ferry Terminal.  Had I known these logistics, the ferry would have been booked first, then the flight.  There was a 5 hour layover from flight to ferry. Hindsight is 50/50. It all worked out in the end and I arrived at the ever amazing island. 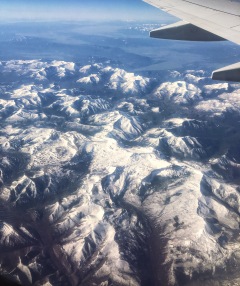 The next day was filled with sailing lessons, eating lots of fresh fish, a short hike on Mount Pickett to preview part of the race course through Moran State Park, and catching up with Lia, a fellow east coaster turned west coast transplant. Lia became my comfort keeper from the moment we re-united.  Lots of girl talk as we drove around the island, bib pick up, and the most amazing food at the Westsound Cafe and Kingfish Inn.  The food really was out of this world. 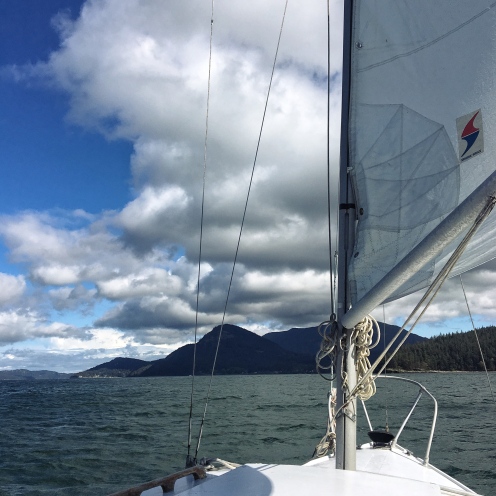 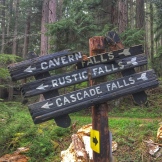 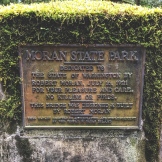 I hadn’t experienced nerves like this in a long time.  Specifically in the form of, “What the hell am I doing here?  These people all have mountain legs.”  I kept chuckling with a nervous laugh everytime I looked at or talked to Lia.  She was awesome and kept reminding me that I belonged there.  Yes, I did belong.  This race was being used as a long run for the World’s End 50k in June.  So in essence, my goal became to enjoy every single moment.

Before I knew it.  Game time and my blood was pumping.  8am, go.

These forests were tough but absolutely stunning. There were no flats at all on this course. Even the most horizontal trails still had some sort of incline or decline.

There were four major climbs, split between Mt. Pickett and Mt. Constitution, to keep runners honest. I was humbled by the longest climb. Over two miles ascending straight up Mount Constitution. As you start to see the sky peaking through the dense tree tops the course veers into a winding downhill around the mountain only to then switch into another steep incline before you reach the crested the top. Make no mistake. Summiting that mountain was a gift. The view at the top took my breath away. The Cascades and Mount Baker were visible off into the distance.

Looking back on the race now, I couldn’t have imagined how different this experience was going to be in contrast to my previous races.  So much respect for all the racers, staff, and volunteers. Amazing course. Well marked. Incredibly supportive people at the aid stations. The excitement and roaring claps as you get through the finish line was the icing on the cake. Perfect race day. It all ended with local IPA around the campfire later that night. Sharing stories amongst the locals about the east and west coasts. 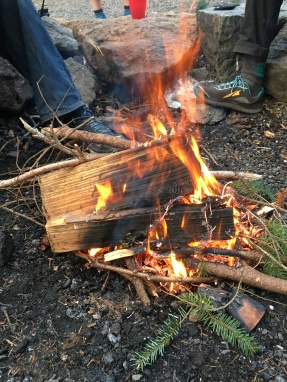 The next day was spent traveling to Fidalgo Island down to Widbey Island.  Lia’s family caught up with us and we hiked around Deception Pass.  More food to fill the belly.  I loved that we ended up at the French restaurant, Prima Bistro.  You see, the last race Lia and I raced together was at the Love Run in Philadelphia.  Afterwards, we ate French food. This was absolutely the perfect way to end the weekend. 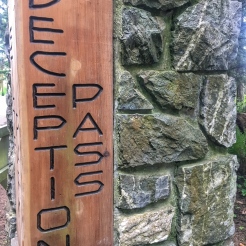 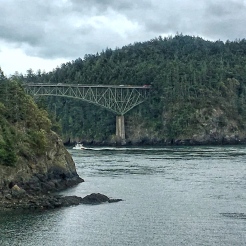 One more ferry ride to Seattle. I dropped of the rental car and took a short bus ride to the main terminal. Flying red eye for the night.  I dreamed of the pacific northwest.